Hey gang, Pete here again to give you my thoughts on the Netflix original Gerald’s Game.

Anyone who knows me is quite aware of my fondness for Stephen King and his works. He his hands down my favorite author. Love him or hate him, one cannot deny his impact on the horror genre both in the literary world and on the silver screen as being substantial. His stories about just any subject on Earth are descriptive, engaging and usually more than relevant.

So it stands to reason that Hollywood would want to capitalize on King’s success.  Many of his works have be translated to the big screen. From The Shining to Carrie to the many television miniseries including Salem’s Lot and the adaptation of my favorite novel of all time, The Stand, there are volumes of King’s works filmed for the unconstant reader.

However, since King’s a prolific writer, many of the works getting made can end up being a mess.

It’s not necessarily the case here with Gerald’s Game. It’s a pretty faithful filming of the story. 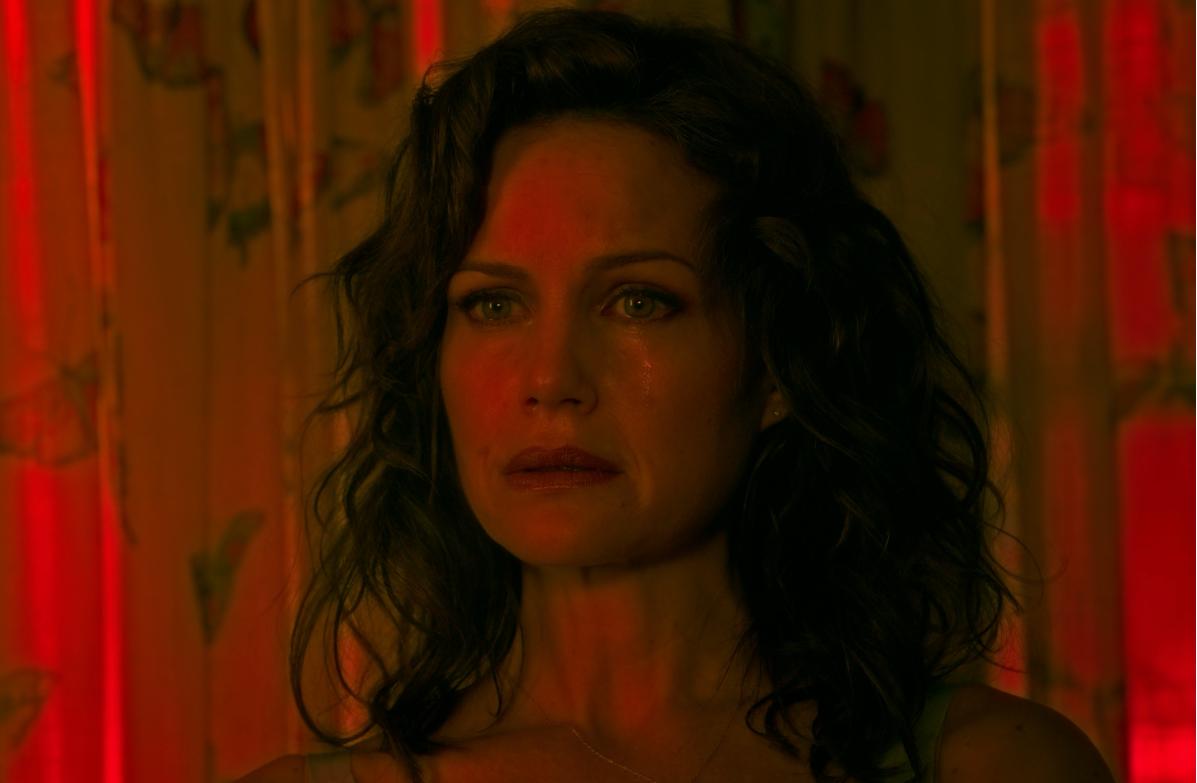 There’s not a lot in the way of supernatural scares here folks, unlike most of King’s works. It’s a psychological thriller. One that has more overtones of acceptance of codependency or achieving empowerment than anything else really.

Taking place mainly between the two lead characters and in primarily only one room, it is actually more akin to a play than anything else.

The performances from Bruce Greenwood and Carla Gugino as Gerald and Jessie, a married couple escaping to isolation at their cabin in order to breathe life into their dulling marriage, are actually in line with the characters in the novel and done well.

The film is a bit of a bore though folks. The novel is tense and misleading at times. You get a real sense of the main character’s dread while reading about their peril. Seeing it translated to film usually encompasses only the director’s vision of the story thus removing your connection to it. At least that’s how it works for me. And here, it felt like it was something slapped together on the weekend because they had nothing better to do. The eventual payoff is not nearly as rewarding on film as it was in my imagination.

I can’t really get behind this one because I wasn’t a real fan of the book to begin with. Perhaps you’ll enjoy it more than I. But I seriously doubt it.

Well what is there to say that hasn't already been said? I'm a middle-aged movie buff who has been actively reviewing movies for as long as I can remember. I love cinema in all it's forms. I am a fan of the greats like Huston and Welles all the way to Michael Mann and of course Scorsese. But I love those diamonds in the rough. The ones you have to dig to find. I hope to bring to those to light for you...